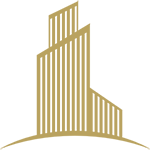 Surveys show how those working in commercial property are preparing for a slight downturn. Experts from the Royal Institute of Chartered Surveyors have claimed that in their opinion, ‘property brokers are expecting real estate values and rents to fall as investors and companies turn cautious following Britain’s vote to leave the European Union.’

Many foreign investors are taking advantage of a weak pound and are channeling their money into both prime and suburban real estate.

One of the most astonishing examples of price increases concerns a 12-bedroom apartment which is located in the Admiralty Arch building and has been put on the market for just under £200,000,000.

As a recent article in the Huffington Post stated, ‘many prognosticators said London’s property market, a favourite target for wealthy foreign investors and jet-setters looking for a second home, would see a major slump after the Brexit vote. Yet so far, the opposite has happened.’

It’s the same story for outer London which currently boasts several real estate hotspots.  At Inspired, we have focused largely on Croydon, as well as other high-growth locations including Sutton, Epsom, and Chertsey.

Croydon in particular has become increasingly popular with young professionals, meaning that there are large investment opportunities to either flip a project or simply grow a buy-to-let portfolio.

Affordability has ensured the surge in demand for residential properties in the borough, as well as superb transport links and a large number or regeneration schemes.

Although Croydon boasts a diverse housing market, we specialise in building new apartments which are perfectly suited to young working professionals and first-time buyers.

Overall, the reduction in value of the British pound following Brexit has made London real estate much cheaper from the perspective of foreign buyers, and sales in the city have jumped roughly 38 per cent since June, so now really isn’t the time to miss out. Our units start at less than £200,000.

Both politicians and property experts predicted that UK house prices would take a rather large hit post-Brexit, yet the residential market in particular has managed to remain relatively stable.

New data by Rightmove shows how 40.7% – 352,301 – of the 866,179 homes available for sale nationally the day before the Brexit vote are now under offer. In addition, prices have remained stable thanks to increasing demand for property across the UK.

Following an independent study which was highlighted in a report by Landlord Today, Nick Leeming, Chairman at Jackson-Stops & Staff, commented: “Whilst the market has weakened slightly following the Brexit result, we usually see a slowdown in activity over the holiday months and these figures suggest we are yet to see a property crisis.

“Although agreed offers have marginally decreased, many thousands of buyers are still making offers to buy homes in the present economic environment. As a result, many sellers are feeling confident, demonstrated by the fact that asking prices themselves have not fallen – and have in fact seen a moderate increase.”

The average price of a home in London is now £600,076, with this figure expected to grow even more thanks to a shortage in supply and increasing demand. Therefore, those worried about the impact of Brexit on the residential property market can rest assured. A weak pound is causing an increase in overseas demand, buyers confidence is rising and property is still proving to be an excellent investment.

Are you nervous about the year ahead? Brexit, Trump, house prices, the global economy? I know I am.

But I’m also excited because in 2017 everything will change. And we’re good at leading through change – we’ve been through so much of it. The old ‘world order’ (particularly in homebuilding) was looking out of date and ripe for some ‘Inspired’ disruption.

In 2016, Inspired led the movement towards higher quality, more efficient and more affordable accommodation. We pioneered improvements in standards, technology and legislation – adapting to the new world and evolving lifestyles. We completed a bunch of awesome projects. We were in the papers, on TV and won awards on the way. We even helped to re-brand Croydon.

So – let’s do it again in 2017. I’m not sure exactly what our greatest achievements will be – a lot of that will be up to you – but if they’re going to be anywhere near what we achieved last year, they will be pretty extraordinary – and that’s an exciting prospect.

Shall we help Housebuilders to bring forward new homes by acquiring future phases in their entirety off-plan and then improving them? Sure, why not, let’s do it!

Shall we help smaller investors to continue to invest in buy-to-let? Yes please. We and many other developers need BTL to get new projects off the ground and deliver much needed new homes for young professionals and first time buyers. We have numerous innovative and supportive friends on www.propertytribes.com and in what is now a £2tn BTL sector. Let’s defend them!

Shall we solve the housing crisis? I think we should. Let’s drive home our campaign for efficient legislation and a better planning system. We can build more homes if we cut the red tap – I would love us to be spending more time with our customers creating solutions for them instead of filling in so many forms for lawyers and local authorities.

Can we also continue to deliver great value homes and exceptional returns for our investors? Absolutely.

And if we can get through all of the above before the year’s out, we might just have time to establish ‘co-living’ as an asset class and launch our crowdfunding and VR (and maybe AI and AR) platforms. The world’s our oyster…

But then what? Well I guess that’s up to us. Is that scary or exciting? Probably a bit of everything but hopefully more of the latter.